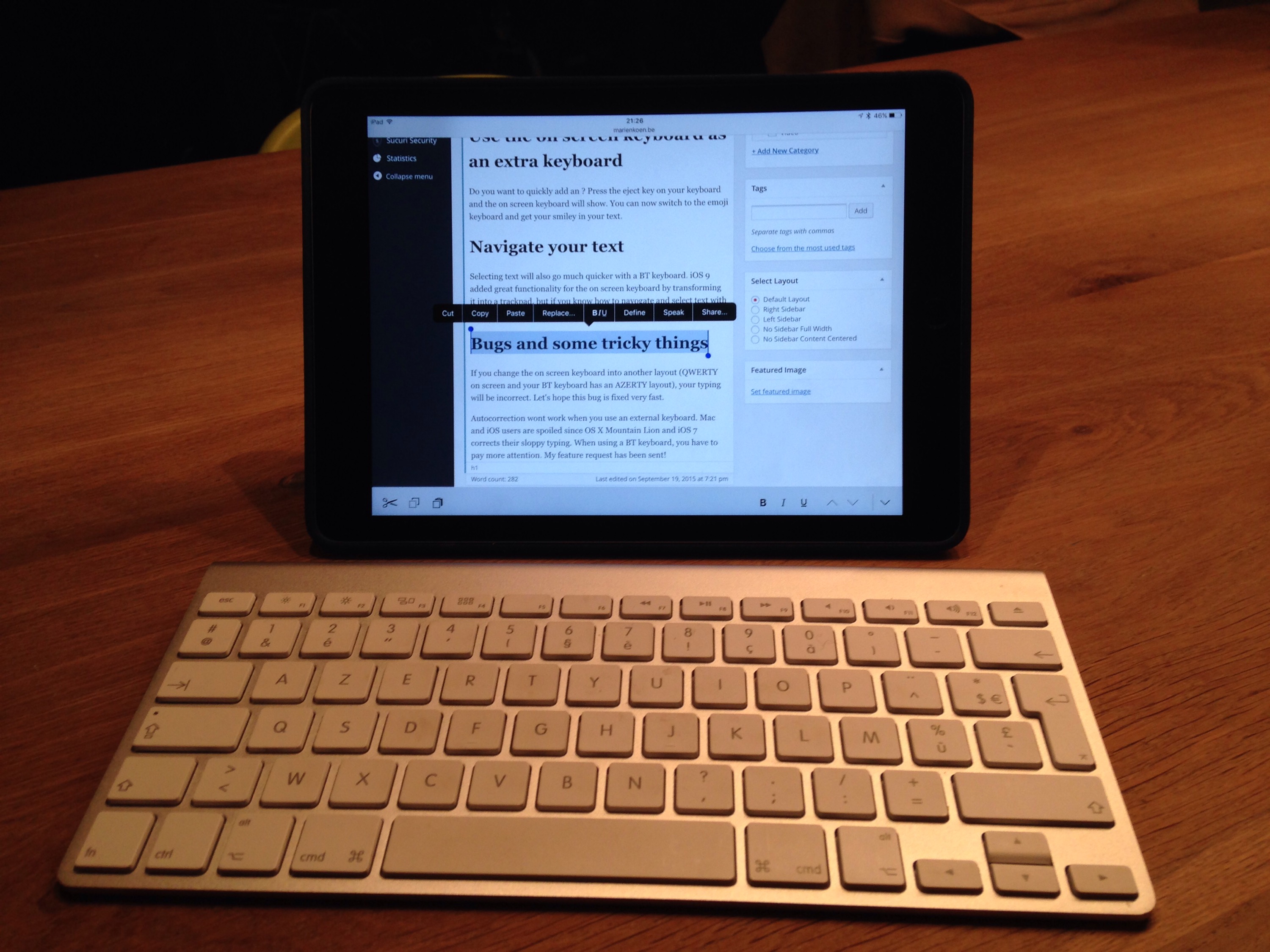 Lots of shortcuts you might know from using a Mac will work on iOS too. Some examples:

Super tip: hold down the cmd-key for a moment and a pop-up will show you the shortcut options specific to the app you are using.

Use the on screen keyboard as an extra keyboard

Do you want to quickly add an ? Press the eject key on your keyboard and the on screen keyboard will show. You can now switch to the emoji keyboard and get your smiley in your text.

Selecting text will also go much quicker with a BT keyboard. iOS 9 added great functionality for the on screen keyboard by transforming it into a trackpad, but if you know how to navogate and select text with the keyboard and arriows on a Mac, you can now use it in iOS too.

Bugs and some tricky things

If you change the on screen keyboard into another layout (QWERTY on screen and your BT keyboard has an AZERTY layout), your typing will be incorrect. Let’s hope this bug is fixed very fast.

Autocorrection wont work when you use an external keyboard. Mac and iOS users are spoiled since OS X Mountain Lion and iOS 7 corrects their sloppy typing. When using a BT keyboard, you have to pay more attention. My feature request has been sent!